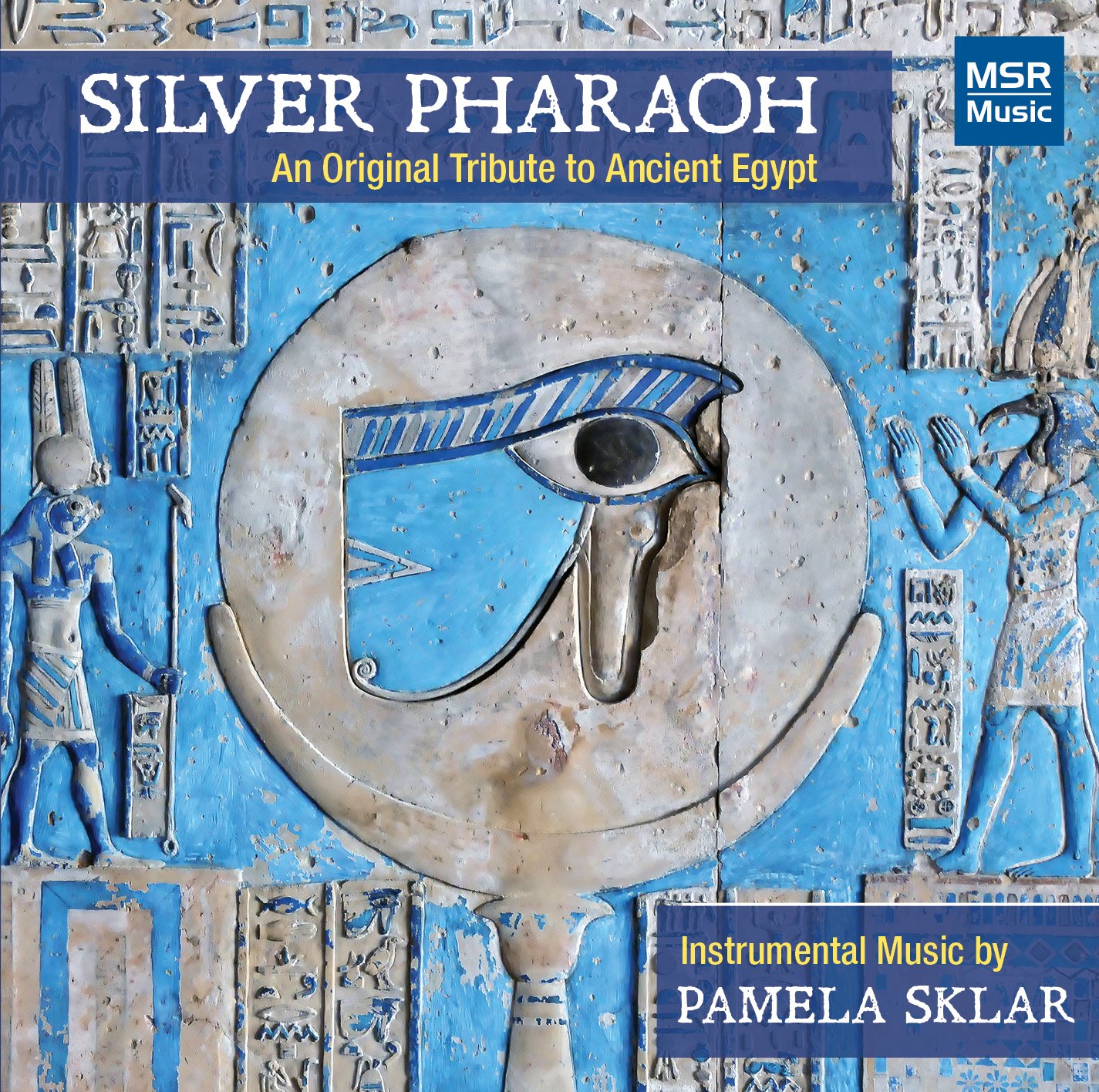 "p" NOTES FROM PAMELA SKLAR: Ancient Egypt is rich in history. Its culture and mesmerizing styles have captivated millions throughout history. Many may know about the 1922 discovery of Tutankhamun's tomb, found totally intact, and how it stirred great interest around the world. When I read somewhere that Ancient Egyptian architectural styles were a major inspiration for Art Deco, it came as a revelation to me. Drawn to almost anything from ancient Egypt (in museums, publications, film) such as art, hieroglyphics, fashion, ornaments, musical instruments, symbolic ritual objects, tombs and temples, I also feel nostalgic when I see Art Deco furniture, font, architecture and certain cars from the 1930s. After I realized this connection between the two styles, I began to pay more attention to Ancient Egyptian styles and attended as many exhibitions as possible. During one of these exhibits I heard a reedy-sounding instrument playing repetitive music in my head. Years later, it developed into a trio for oboe and two English horns, now known as Silver Pharaoh. I was further inspired by the sounds of Middle Eastern instruments being played around me when I was in Morocco. As my imagination takes me on a stroll through the Sahara, I play a mysterious tune which puts all in a trance. Heard here as the opening piece Sahara Trance, the music enables those who travel through the severe region to pass through safely, enjoying an altered state of consciousness. I only wish that this music and the noble decisions made by some of the great rulers of Egypt's past could inspire peace in Egypt (and all of the Middle East) today. Amenhotep III (born c.1417 BC) developed alliances with leaders to create peace between different countries and Ramses II (born 1303 BC) negotiated one of the earliest treaties recorded. Perhaps there is hope yet. Wishing you all a fascinating journey.

PAMELA SKLAR collaborates as a flutist and composer playing different styles of music. Her performance highlights have included international tours as soloist with Claude Bolling, concerts with Dave Brubeck, Alan Hovhaness, collaborations with Pulitzer Prize-winner Karel Husa, TV appearances with tenor Andrea Bocelli and orchestras for the Grammy Awards. She can be heard on recordings for many other artists, such as Tony Bennett, Lady Gaga and Paul Simon.